Defunding the police is not a new idea. Prison abolitionists and justice reform advocates have been calling for a reduction in police budgets, and in some cases, a complete dismantling of police forces for nearly 50 years. Today, the public view of police either paints them as protectors of civil society or agents of an oppressive system designed to keep the poor powerless.

No matter your opinion of law enforcement, it's important to understand how we got here. We hope that by explaining the arguments for defunding, people will understand why defunding is becoming a more popular idea, and how building support structures inside communities can reduce harm.

What defunding the police means

For many, defunding means exactly what it sounds like, dismantling police departments and doing away with the current policing system. For over half a century, the United States of Americahas been "at war" with Crime. More recently, the war focused on Drugs in the 70s, and Terror in the 00s. To fight these wars, police budgets have steadily increased while budgets for community outreach, social services, and education have seen increasing cuts.

Some see the increased spending as necessary to hire more police, update their training, and equip them with the latest technology. Others argue that investing in community support programs and transformative justice reforms will have a more positive longterm impact.

The history of modern policing

Throughout history, police have performed a wide variety of duties. In some parts of the world, early "police" were responsible for mundane things like keeping weights and measures, census taking, and land surveying.

The earliest police in Europe were made up of small groups of citizens tasked with keeping order. In America, early police forces grew out of organized militias or paid private police groups like slave catchers, and the Pinkerton private detective agency. As cities grew, so did their need for larger, more organized police forces. The end of the 19th-century saw many governments formalize their police departments, and lay the foundation for what we see today.

However, it wasn't until 1965 that President Johnson created the Office of Law Enforcement Assistance to grant funding to police across the United States for more training and better equipment. It was Johnson's idea that police should be soldiers protecting citizens from criminals, and they needed the resources to do it. Police budgets have steadily increased ever since.

Waging war on something as ambiguous as crime makes it easy to justify more police funding since crime is ever-present. However, it also encourages increasingly militaristic uses of force, training, weapons, and for some, an "us vs them" mentality in the communities they've sworn to protect.

How the prison abolition movement started the call for defunding

One approach they all agree on is harm reduction

Many cite the Attica Prison uprising in 1971 as the start of the prison abolition movement. Inmates held 42 people hostage to bring awareness to the horrible living conditions in many prisons across America. Like the defunding movement, prison abolitionists have different ideas about what prison reform looks like in practice. One approach they all agree on is harm reduction and finding new ways for "justice" to be done.

One example of an organization advocating for prison abolition is Angela Davis and Ruth Wilson Gilmore’s, Critical Resistance. They founded Critical Resistance "to build an international movement to end the Prison Industrial Complex by challenging the belief that caging and controlling people makes us safe." Their goal "is the creation of genuinely healthy, stable communities that respond to harm without relying on imprisonment and punishment."

Why the defunding debate is so important now

Systemic oppression is a genuine, very well documented crisis that affects people globally. One of the clearest examples of that oppression is seen in modern policing and how misdemeanour crime is handled. Many laws from the 80s, 90s and 00s dispropotionately affect at-risk communities and racialized people to this day, and lead to explosions in prison populations in the 90s-00s.

In his book, "The Divide: American Injustice in the Age of the Wealth Gap," Matt Taibbi writes about the inequalities in the American justice system. Taibbi argues that there are two different legal systems in place for Americans. One system is designed to ruin the lives of racialized people by throwing the law's full weight at those charged with non-violent misdemeanour crimes. The other system virtually ignored the criminal activity that caused a global housing crisis and economic meltdown because the people involved were predominantly white, wealthy bankers and businessmen that belonged to companies that were "too big to fail."

Arrests and the court system are only part of the problem, however. In the United States, Black people are more than twice as likely to be shot by police than White people. Many public officials have suggested that re-training their police forces will stop the disproportionate violence against Black people. Still, many of the suggested measures are already in place in a number of the country's police precincts. For example, Minneapolis police are trained in four of the proposed eight harm reduction steps, yet none of those steps were followed when George Floyd was murdered. 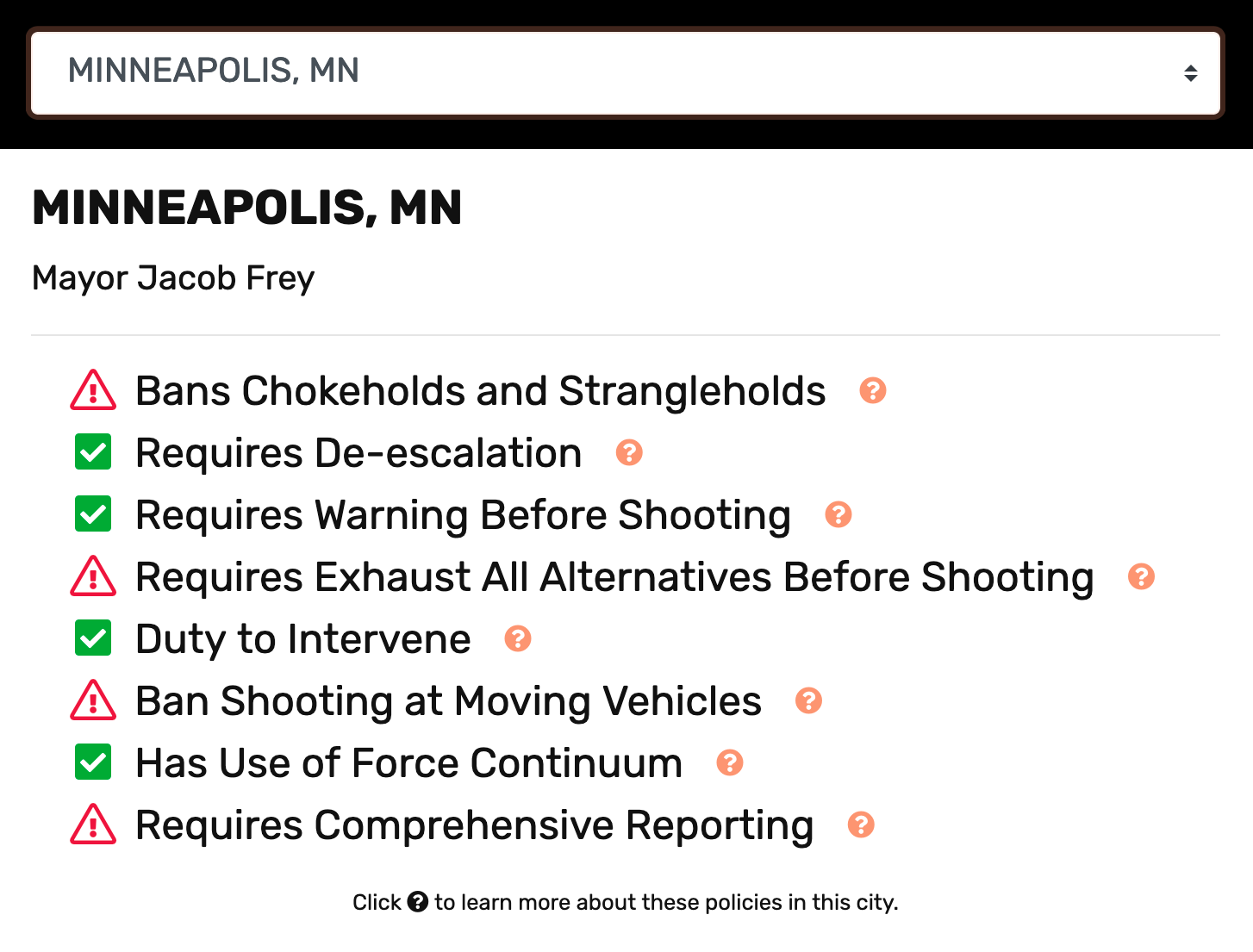 The above are just a few reasons why a growing number of people are asking for a new approach to crime and punishment. The defunding argument suggests that a reduction to police budgets would free up money for more holistic approaches to crime prevention and community building, instead of reactionary punishment and jail.

Some alternatives that are already working are programs for harm reduction. The Canadian Mental Health Association explains harm reduction as, “an evidence-based, client-centred approach that seeks to reduce the health and social harms associated with addiction and substance use . . .”. Harm reduction isn't just about substance abuse and addictions, though. Advocates argue new policies that lessen the impact of legal — and illegal — human behaviours will help lower the number of arrests, and help improve the lives of people in at-risk communities.

Eugene Oregon has been running a program they call CAHOOTS (Crisis Assistance Helping Out On The Streets) for several years. The goal of CAHOOTS is to provide mobile crisis intervention in the form of counselling, suicide prevention, access to housing and many community-based approaches to wellness.

one ambulance helped over 1000 people in its first year

Sweden’s “PAM” program was the world’s first mental health ambulance and has been running since 2015. According to PAM, most of the calls they respond to are related to suicidal ideation and de-escalation. The International Journal of Mental Health found that just one ambulance helped over 1000 people in its first year of operation.

There are an endless supply of resources where you can learn more about prison abolition, harm reduction, transformative justice, prison reform and defunding the police. Many of them are in the body of the article you've just read, but you can learn more by following the links below.