It started over many lunch hour conversations. Fueled by casual office banter and too much caffeine, an idea was formed to create a TunnelBear puppet, just for fun, for our entertainment and yours. Restrictions? It had to be adorable, relatively on brand, and not cost too much money to make. Our design and marketing team went off to see what they could come up with - how hard could it be, right? Right?

Well, 2+ years, 600+ emails, 22 revisions, and 14 hilariously bad samples later, we now know that toy-making is a surprisingly difficult task. But boy, was it worth it! This blog post shares the tale of how we made a TunnelBear puppet in just a few hundred simple steps.

In early 2016, we started tossing ideas around for a toy. We wanted something soft, cute, interactive, that represented the TunnelBear brand. What better answer than a Bear puppet that could pop in and out of a yellow tunnel? One of our designers put together the first mockup and we were immediately excited to see it come to life.

Diving into the Alibaba abyss

Our search for a vendor that made custom toys didn’t go as well as we’d hoped. More than a few negotiations led to dead ends, so we decided to go it alone and manage our own production through the wonderful world of AliBaba. It took weeks of searching and vetting before we figured out which companies were legit versus which companies might run off with our deposit and never deliver a product.

We eventually reached out to several companies that had been audited through Alibaba’s Supplier Verification Services. This is a series of audits that prove a company’s business license is real, provides information about the company itself, how they’re run, and the contact information of people to get in touch with throughout the process. The depth of the background checks were a nice surprise since our original vetting list consisted of:

With our list narrowed down to four companies, we requested paid samples based on our design specs. However, there were some loose interpretations of what constituted a “Bear”, around the world. The early examples that came back didn’t exactly inspire confidence.

When dealing with people that you never get to meet in real life, communication breakdowns are bound to happen. Negotiating through email, texts, and the occasional video call, aren’t always enough when trying to agree on the finer points of a project. Being able to see, first hand, the material we were working with or how some of the measurements looked in real life, before anything was made would have been a big help. Alas, plane tickets and hotels weren’t in the budget.

After the first round of negotiations and requests for paid submissions finished, we were excited to see our designs come to life. While the first manufacturer's submission didn’t quite wow us, we thought we had nowhere to go but up. We were wrong. We discovered that real life could have resolution issues too.

Lucky number three was the wrong colour and had the wrong proportions, but at least he was a lot cuter than the first two. Further iterations on this sample came up short though - some of the details, like stitching on the paws, two-toned fur, and tunnel shape, still weren’t close enough to what we were envisioning.

Number four was wrong in so many ways. The tunnel was at least twice as large as it should be and the bear looks like he’s lounging in a fuzzy, orange hot tub. We like to call this one Tubble-Bear and it’s plain to see why we didn’t go with this company either.

Sample five was surprising for all the wrong reasons. Although the fur was two-toned, it was way too long. In fact, it was so long and scraggly, it looked oddly similar to something a cat might cough up on the regular. Despite that, we saw potential so we worked through iterations to adjust the form and fabrics, hoping to find the adorable bear underneath all that fuzz.

This is an example of an iteration where we tried to nail down the head shape of the bear and the fabrics used. The fur was shorter, the tunnel proportions were getting better and the two-tone colour was much closer. It also came with a convenient duck shaped snout, because . . . why not? The fact that it was generally terrifying came free of charge.

After weeks of back-and-forth design iteration, our third vendor option really outdid themselves when they sent a bear with the exact opposite problems of TubbleBear. This little guy’s head is twice as big as it should be, while somehow, its tiny body can’t squeeze through the tunnel. On the upside, the fur, nose and eyes were exactly what we were looking for. We were getting so close!

After suggesting a little bit of a nip n’ tuck, they nailed down the proportions with the final iteration. When it came back, we knew he was the one. Look at that perfect tunnel shape and lip! The perfectly sized head! The squeezable paws! This perfectly-proportioned bear popped in and out of the tunnel like a seasoned veteran.

After 2+ short years of effort, 100 large boxes of TunnelBear puppets crossed the ocean from our supplier to our Toronto office. If you’ve ever visited TunnelBear’s office, or our booth at an event, you might’ve seen one of these adorable puppets in person. Seeing people laugh and smile, when you hand them the puppet, and they put it on their hand, makes all that time and effort worth it. 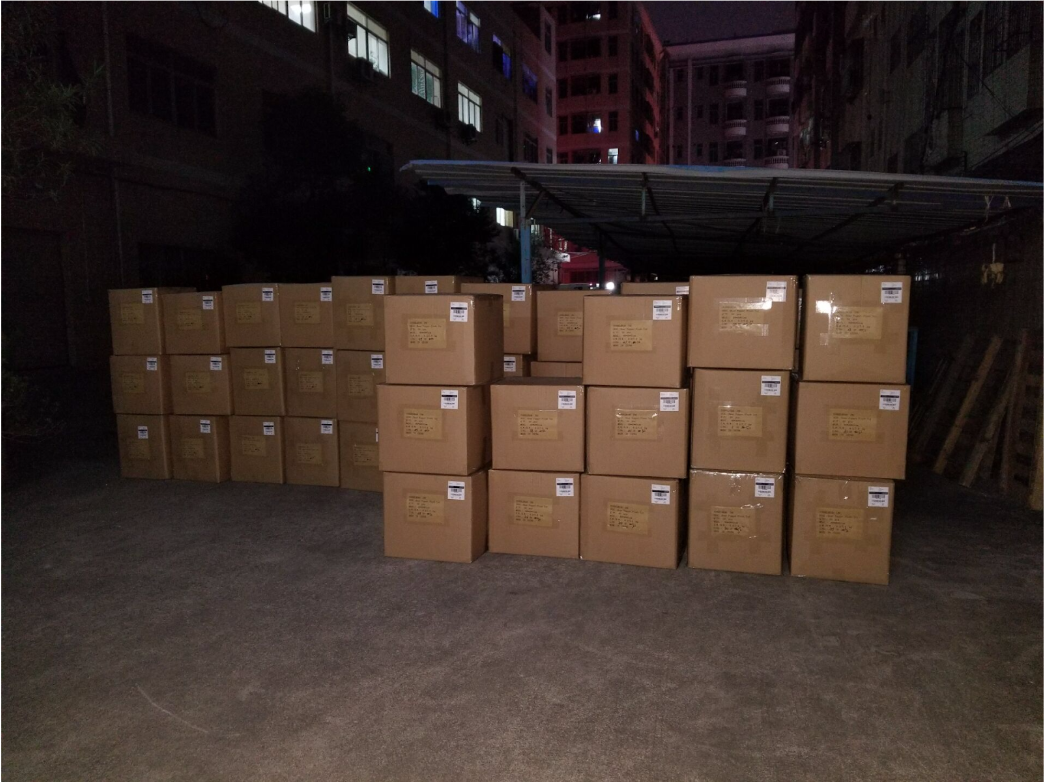 Get your own TunnelBear puppet!

You can get your very own TunnelBear puppet in our store now, along with shirts and other Bear themed pieces of wonderfulness.

Until we merch again,
Sun Bear