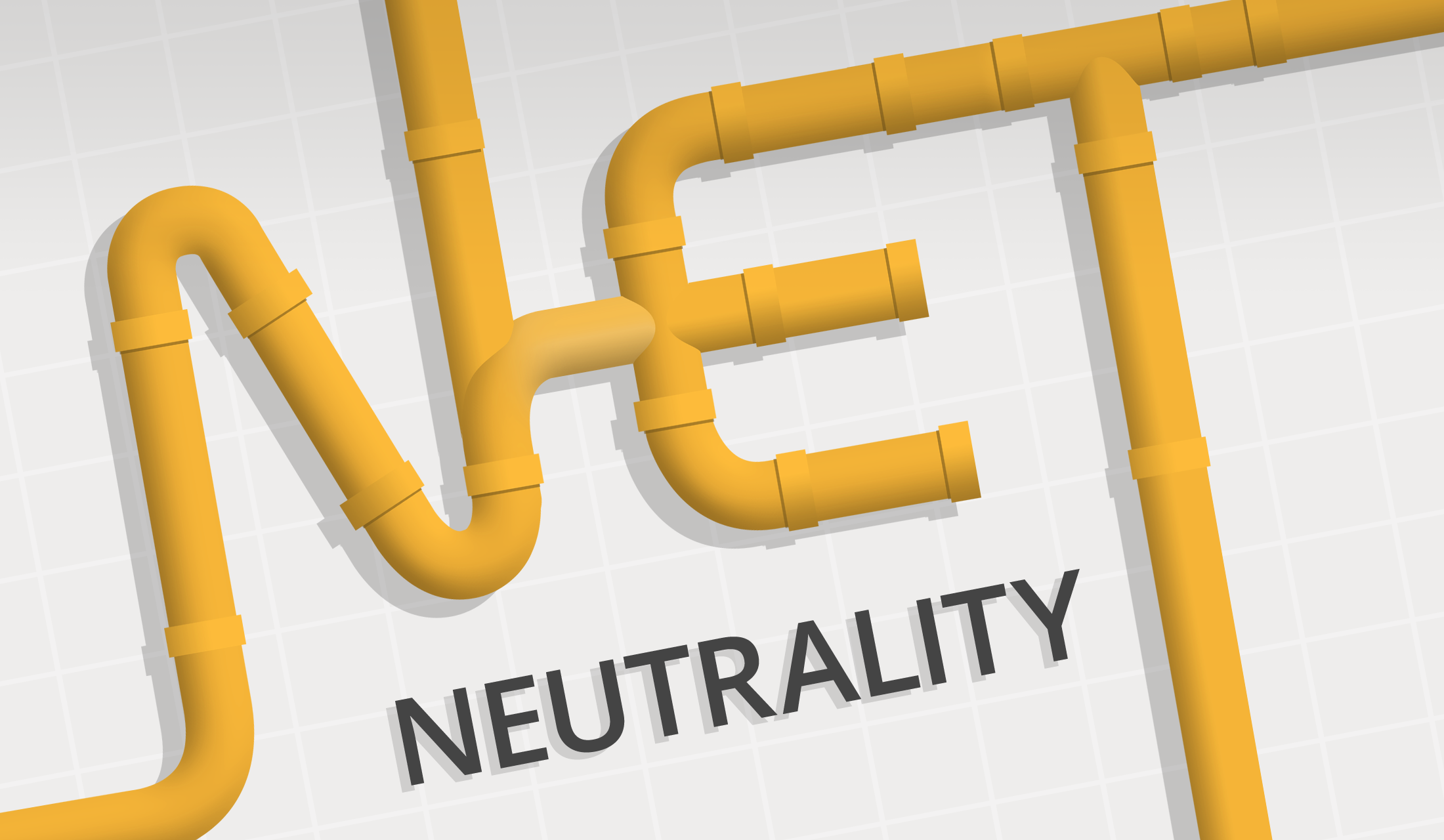 If you’ve ever seen a “buffering” message appear while streaming a video or song, you’ve had a glimpse into the future. Current net neutrality laws prohibit ISPs from creating a tiered delivery system for content. That means when you watch Netflix, AT&T can’t intentionally slow your connection to a crawl while ensuring U-Verse runs at top speed. 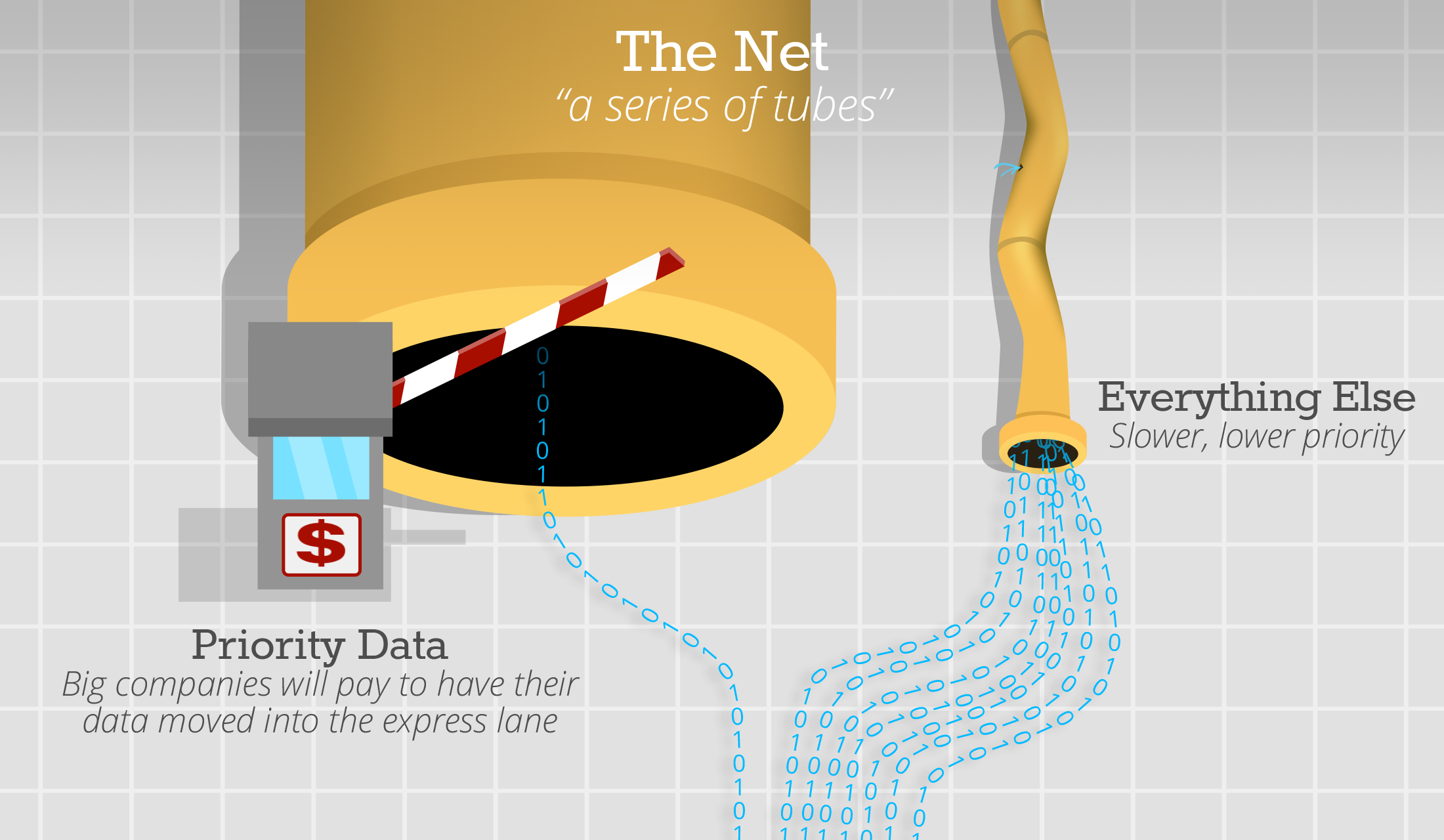 A tiered system would allow ISPs to prioritize content from their own services over their competitors, or for companies that pay a premium to be prioritized. Prioritizing traffic might sound harmless, but it becomes complicated for a couple reasons:

If net neutrality laws are removed, you could experience an internet where some of your go-to apps stop working. If your favorite app makers don’t sign a deal with your ISP, that could mean you have to find new ways to share and communicate with the people you love. If this happens, everyone but ISPs lose as the new business fees, associated with traffic premiums, will be passed on to the consumer.

An open internet is worth fighting for

A future where ISPs dictate what you watch, and how, can be stopped. Millions of concerned citizens have already signed the FCC docket in favor of strong net neutrality laws and numerous companies like, Amazon, Etsy, Soundcloud and Kickstarter are doing their part to help.

To learn more, here’s a short video with Dr. Tim Wu, the man that coined the term “net neutrality”, explaining the issues while riding a roller coaster. There’s also a bunch of great information at www.battleforthenet.com, and the ACLU. 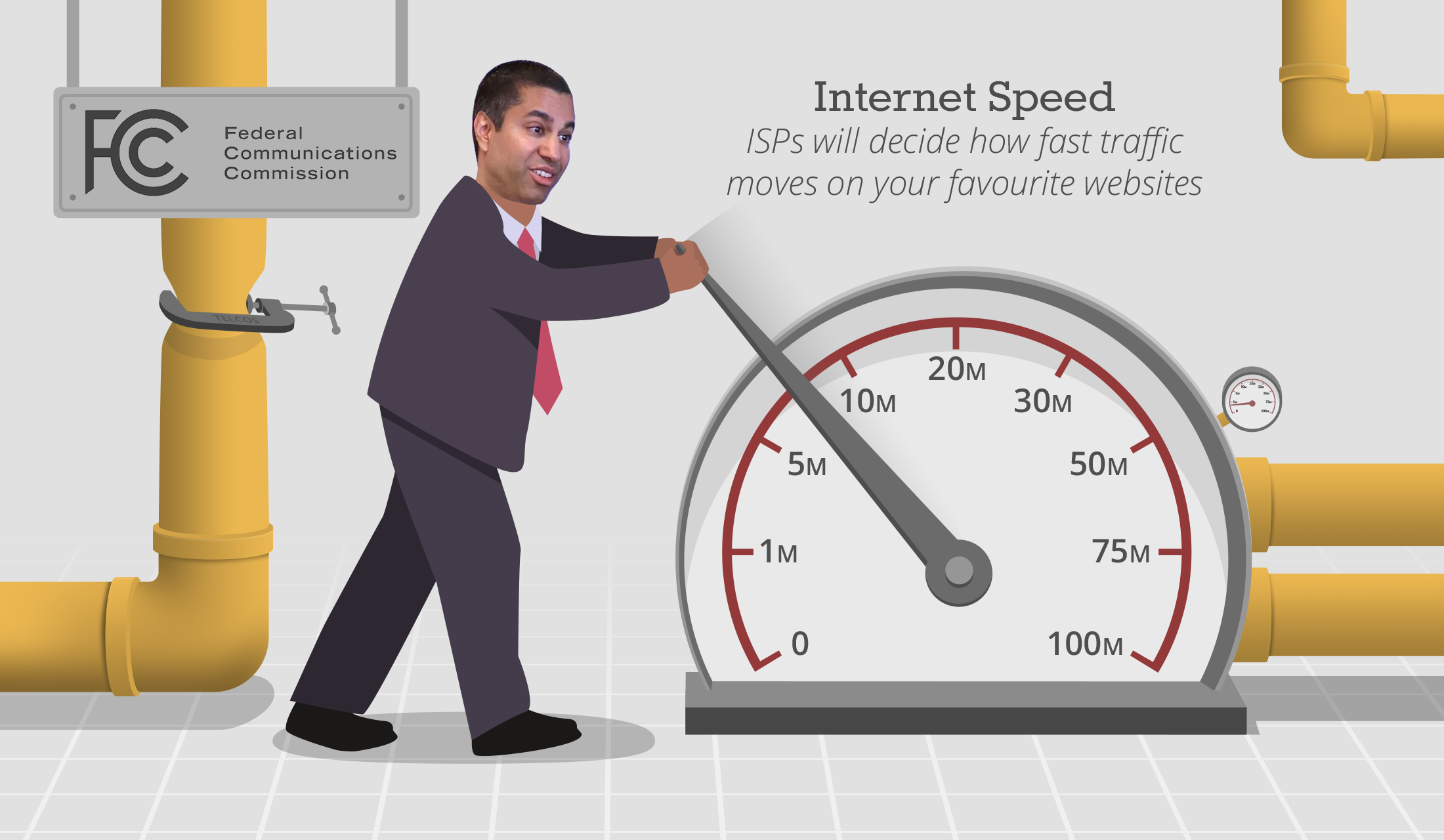 Send a clear message to the FCC

By sending a message to the FCC in support of net neutrality you’re helping keep the internet open and fair. If we return to a “light-touch regulatory framework” as Chairman Pai suggests, the internet will quickly look more like Cable TV, where price gouging and exclusive deals, for subscriptions you already pay for, is the norm.

Net neutrality is something we should all be in favour of. Without it, a number of the companies that help you stay in touch with friends and family, entertain you and even teach you about the world, would still just be a dream in someone’s garage.

Having said that, the internet, and the world, need your help once again. You can still stop the FCC from voting against net neutrality by contacting congress and explaining how a fair and open internet helps everyone. Time is running out though, so follow the link, email and call congress while you still can. Every voice counts.

Editor's Note: This article was originally posted on July 11th, 2017, and was updated on December 12th, 2017, in light of the upcoming FCC vote and day of action.